In the immortal words of Marvin Gaye, “Ain’t nothin’ like the real thing baby”. How the newest generation is causing many to rely on old school tools.

Like pretty much everything that has ever touched the internet, a favorite photo sharing platform is now being used for sex solicitation… sort of. In February, Instagram was slammed with reports of sexual solicitation through the use of its platform and the “PayTM” platform. However, it turns out that many of the accused profiles may actually have seen scams.

Instagram, one of the older branches of the Facebook family, is widely used by celebrities, politicians, influencers, and regular old people to share photos and short videos with one another. Less personal than its dialogue formatted parent, Instagram has more of a focus on the visual side of social media. Video clips are generally no longer than about 30 seconds and while you can add multiple photos, users are only able to view these one at a time. 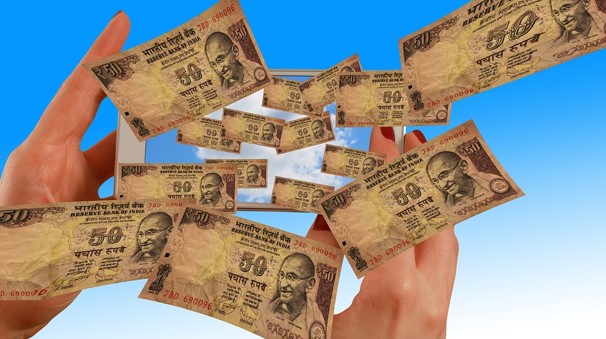 While it’s not abnormal to see Instagram influencers reference patreon accounts, or pay-per-view Snapchat platforms, PayTM has been relatively left out of the monetary side of Instagram. PayTM, a weird hybrid between paypal and Groupon was recently found in bed with the social media mega giant. During what appeared to be a new age phone sex scandal. Erotically suggestive photos adorned the accounts of what appeared to be young and “ready for fun” girls, explicitly selling sex chats, nude photos, pornographic videos, and adult video chats exclusively to PayTM clients.

While Instagram jumped on the scandal almost immediately – scrubbing the network clean of illicit hashtags and banning accounts associated with the practice, people were still stuck paying for what appears to be an age old scam. Reports state that most of the accounts were actually run by men, using photos that they had taken off of the internet. It’s unclear whether or not patrons of these pages ever received the intended sex chat, but following an unprecedented uproar, it’s unlikely.

Scams like these are becoming more and more common amongst social media and photo sharing platforms, with Instagram being only the latest in a slew of tawdry con games. Tumblr, another large photo sharing social media platform almost shut down in 2018 because of similar concerns. With these new scams just about everywhere you look, sex chat clients are having to resort to the tried and true methods of yesteryear.

That’s right. Good ol’ fashioned phone sex is making a big comeback. In countries like India, where pornography is strictly prohibited, people are still looking for a naughty narrative, and they’re having the best luck going old school. Phone sex operations are still alive today, and not shockingly, thriving thanks to the increase in internet-based pornography scams. “I use companies that provide phone sex because at that point I’ll know exactly what I’m getting, and what I will have to pay” Says one satisfied customer that prefers to remain nameless.

The Indian companies providing phone sex are strongly dedicated to providing customers with the best experience possible because of the shrinking market. One bad review can essentially shut down a business, so ensuring that all of your operators are in top form at all times is the best business strategy available. Also, companies like these are held to stricter code of conduct thanks to business laws, where anyone with an internet connection and a small amount of savvy can run an Instagram account.

It’s almost impossible to hold these new instagrammers liable in the case that they take your money but fail to deliver on promises. Whereas a company that has been in business for years, has an established website, and a complaint line has it a bit harder if they want to take your money and not deliver a product. Liability and service aren’t the only perks that these dirty dialers are getting either.

Using registered phone sex operators ensures that a client won’t be supporting prostitution, enslavement, or pedophilia. As all phone sex operators must be willing participants that are over the age of 18, which is definitely something that Instagram and PayTM can’t give them.