Cricket fans will get a chance to see the legends of the game back in action on 7th March when the T20 Road Safety World Series tournament gets underway. The tournament starts with Indian Legends taking on West Indies Legends at Wankhede Stadium, Mumbai. Along with these two teams, South Africa Legends, Australia Legends, and Sri Lanka Legends will compete in this tournament. Some absolute star players such as Sachin Tendulkar, Virender Sehwag, Yuvraj Singh, Jonty Rhodes, Brett Lee, Brian Lara, Muralitharan, and many more will be part of this much-anticipated Road Safety Tournament. 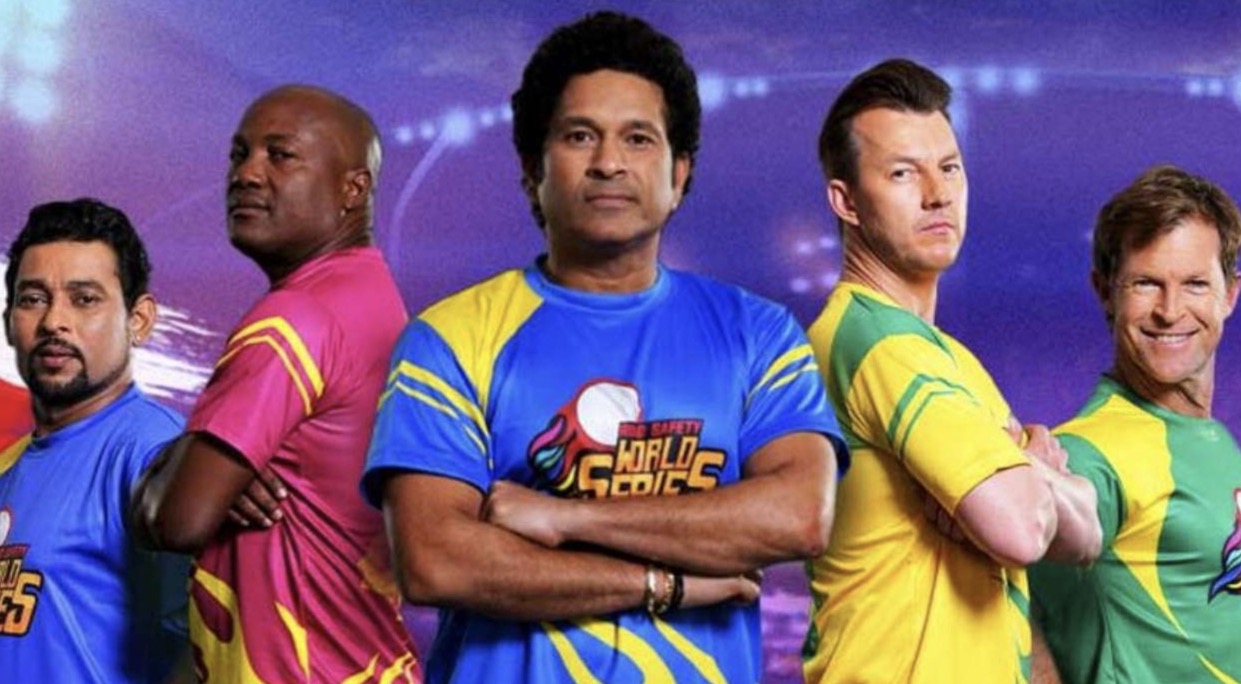 The main aim of the tournament is to create awareness about road safety. The round-robin format of this tournament ensures that every team faces the remaining teams once. The top two teams after the completion of these matches will face off in the final. This exciting series will keep the cricket fans hooked with a total of 11 matches. The tournament spans across four stadiums – Wankhede, MCA in Pune, DY Patil Stadium in Navi Mumbai, and Brabourne Stadium.

The final match of this gripping tournament will be played on 22nd March at Brabourne Stadium.

Everything you need to know about the Road Safety Tournament:

Which Channels will telecast the Road Safety Tournament?

You can watch your favourite cricketing stars in action on Colours Cineplex and Colours Kannada Cinema. The live streaming of this tournament will be available on Jio and Voot.