What is Mobile Commerce?

Mobile commerce, commonly known as m-commerce, is a digital transaction using a mobile device instead of a desktop computer. Most people complete mobile commerce transactions without even realising it, as any time you buy something online using a smartphone or tablet, it’s a form of m-commerce.

Given the massive surge in mobile phone ownership, the mobile commerce market has skyrocketed in recent years, with more people than ever completing digital transactions with their phone or even playing mobile casino games. In fact, it’s estimated that m-commerce will cover the largest percentage of ecommerce transactions in just a few years. 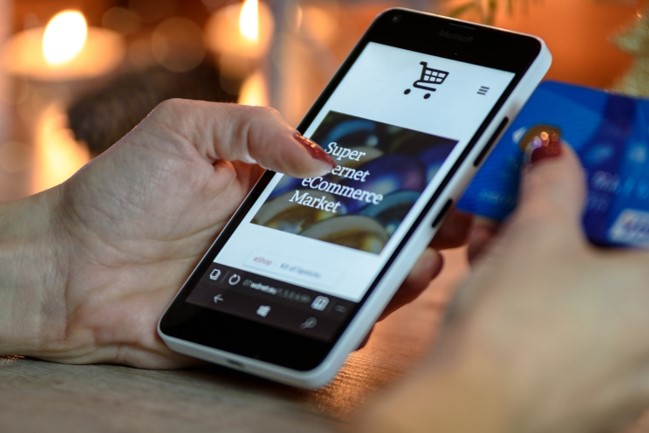 Businesses around the world are catering to growth of m-commerce, with consumer habits being the main driving force behind this. Much like they did with the rise online shopping, which resulted in a market worth trillions of dollars, retailers are preparing for the bright future of mobile commerce.

The Different Types of Mobile Commerce

Mobile commerce is more than just buying something online using a smartphone. It includes several different digital processes using mobile devices, showcasing the versatility of m-commerce that has played an important role in its rise.

It appears to be an effective strategy, as consumers are turning away from desktop browsing for their online shopping. For example, research from Signalboosters shows that 62% of all smartphone users in the past six months have used their device to buy something online. That figure looks set to rise over the coming months and years.

Mobile banking is another type of mobile commerce where consumers complete banking transactions using mobile devices. Rather than having to wait for a bank to open, people can simply complete a transaction or check on their account using their smartphone or tablet.

It’s quick, easy, and doesn’t require you to leave the house, which is one of the main reasons that mobile banking is so popular. There are no queues, no commutes, or need to deal with bank tellers, just the ability to manage your finances in the palm of your hand.

Banks are seeing the huge advantage this offers consumers and catering to their needs. More banking applications are available than ever, offering a streamlined banking experience that is unlike anything before it.

A mobile payment is when you pay for a good or service using your mobile device. This is possible through mobile applications from companies like PayPal, Facebook, Android, and Apple, all of which have their own mobile payment services that allow you to complete a transaction with a smartphone or tablet.

This removes the need to carry cash or credit cards when shopping in stores, as you simply use your mobile device to complete a payment. It’s a very convenient way to pay for things, which is why so many retailers are integrating mobile payment systems into their pay points.

It has even been suggested that mobile payments will replace credit cards in the future, with this form of mobile commerce having incredible potential for the future, digitalising most transactions in physical stores.

The Future is Bright for Mobile Commerce

When looking at the figures, it becomes clear just how important a role mobile commerce will play in future. As the habits of consumers continues to change over time, retailers need to adjust their strategies to ensure they’re accommodating these changes. Any business that isn’t embracing e-commerce is falling behind the curve.

More Mobile Users Than Ever

At the end of 2018 approximately 55% of the global population had internet access. That is roughly 3.2 billion people that have internet access, with over 2 billion of these consumers also owning a smartphone.

As more people have access to a smartphone, more are choosing to use the device for browsing the web. This makes sense when considering the convenience of online browsing in a mobile device like a smartphone or tablet, which is much quicker and simpler to use than a desktop computer.

With more people spending more time browsing the net with their mobile devices, it’s only natural that mobile commerce sales are rising. People prefer the simplicity of shopping on mobile devices, which are quick and easy to use, with many transactions completed in just a few clicks.

Mobile Devices are Changing How We Shop

In fact, more than 80% of all shoppers currently use their mobile phone when shopping in a physical store!

While we’re looking to the future of m-commerce you cannot overlook the present. For example, in 2017 mobile commerce reached $700 billion revenue in the USA, roughly a 300% growth over the previous four years.