Tata Motors stock hit a fresh 52-week high of ₹420.9, raising nearly 9% to eventually settle at ₹415.75. The Global wholesales of all commercial vehicles of Tata Motors and Tata Daewoo range in the September quarter were at  89,055.

Tata Motors’ global wholesales figures in the September quarter (Q2FY22), including Jaguar Land Rover, stood at 2,51,689, higher by 24%, as compared to the same period last year, the company said in a filing on Monday. 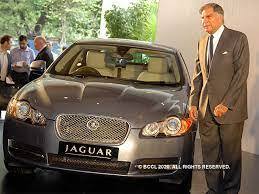 The overall Global Wholesales of all Tata Motors commercial vehicles and the Tata Daewoo range in the September quarter was at 89,055. This is an absolute increase of 57%, over the same quarter of the last financial year.

The Automaker Legend has reported total sales at 55,988 in September from the India business as compared to 44,410 units in the same month last year. For the whole September quarter, total sales rose 52% to 1,62,159 as against 1,06,854 in the same period last year. The shares have rallied around 21% in the past five sessions, whereas in a month, it has risen about 39%.