The Co-founder of Twitter, Jack Dorsey has stepped down as CEO of the social media platform, the company announced on Monday. The current CTO(Chief Technology Officer) and Former IIT Bombay Alumnus Parag Agarwal stepped in as The CEO. It said that Dorsey will remain onboard until his term expires in 2022. 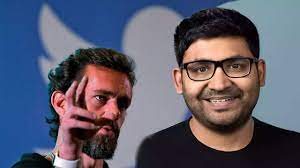 Since Dorsey juggled between Twitter and the CEO of the payments company Square who faced so many distractions handling both. Critics have long complained that the arrangement has divided his attention to Twitter’s detriment. Dorsey became Twitter CEO in 2007 but was forced out the next year. He returned to the role in 2015.

Dorsey also handling the top executive at the square, a financial payments company, and some of the big investors have openly questioned whether he can be effective in leading both.

Twitter was caught up in the heated political atmosphere leading up to the 2020 election. Former President Donald Trump was banned from Twitter, with Dorsey defending the move, saying the Jan. 6 Capitol riot and Trump’s tweets after the event resulted in a risk to public safety and created an “extraordinary and untenable circumstance” for the company. Trump sued the company, along with Facebook and YouTube, in July for alleged censorship.

The early days of Twitter began with a tweet sent by Dorsey on March 21, 2006, that read “just setting up my twttr.” Twitter went through a period of robust growth during its start, but as the growth slowed the San Francisco company began tweaking its format in a bid to make it easier and more engaging to use.