Facebook may change its name to highlight its focus on “building metaverse”. The core function of the application and service may remain unchanged, but the company will be rebranded. It triggered a plethora of reactions online.

The rebranding comes at a time when the social media company is facing criticism for its business practices. While a company spokesperson has responded to the news offering no “comment on rumor or speculation”, users online are voicing their opinions on the plan to rebrand. 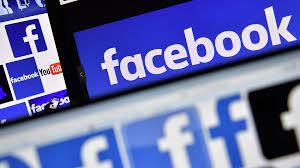 While many companies in the past have changed their names or rebranded to expand services, many felt Facebook’s move was a way to shift focus from the existing issues it is facing.

However, netizens also used the opportunity to share hilarious memes and jokes. Some suggested prefixing Facebook with “The”, to revert to its original name “TheFacebook” — the company had launched as “TheFacebook” on February 4, 2004, but “The” was later dropped.