The state of Kerala never ceases to amaze me. Every time I visit, I find something new, something interesting. Like a couple of years ago, during monsoon, my husband and I decided to take a quick break and enjoy the season in Kerala. I was constantly contemplating on which location to choose since beaches and backwaters are not the best ideas in the rains. Finally, my husband sought his friend’s advice and decided to explore the Palakkad district, starting with Nelliyampathy.

The road to Nelliyampathy

We reached Trivandrum by flights and booked an affordable taxi from Trivandrum to Nelliyampathy. We could have easily taken a bus or a train, but what would have been the fun in that? So, we made arrangements with our driver to make pit stops at interesting points on the way and also at our destination. The cheerful fellow readily agreed, happy that his travel experience was worthwhile. But he did notify us ahead that Nelliyampathy or any of its neighboring locales are nothing like the other popular destinations of the state and that we should not expect the typical touristy options here. It was even better for us, considering we didn’t want to be among the regular crowd. 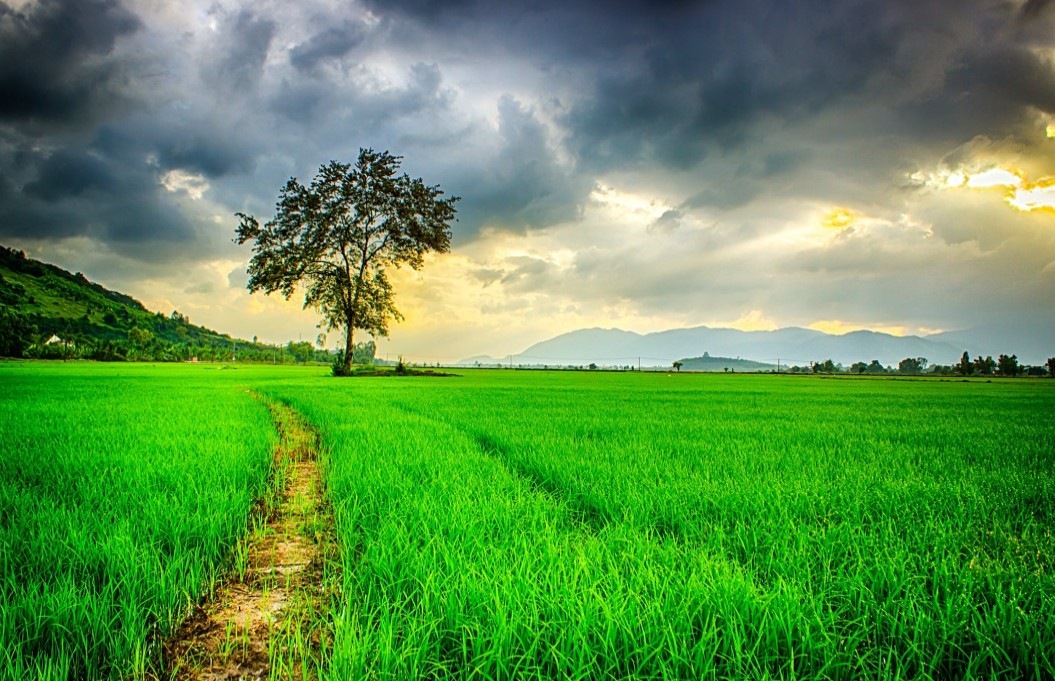 It was a long drive of nine hours through the hills, valleys, and forests of the Western Ghats. Our cab swerved through the snaking roads, with sharp hairpin bends every now and then. It was early morning and the air was still filled with mist. Soon, we were passing through dense forests. Off and on, the mountains peeped in through the clearings. The overall ambiance was romantic and magical.

Our first stop en route was at the Pothundi Reservoir. We took a deviation from Vadakkenchery, where the actual hilly roads started and went all the way till the viewpoint. They said it is one of the oldest dams to be built in India with walls made of raw earth and quick lime. The water level at the dam was high, owing to the monsoon rains which feed the river.

We walked up to the viewpoint for a better view and absorb the fresh air. It was truly magnificent. With the heavy clouds suspended on the hills and the mist from the lake and the rains wrapping the velvety hills, it was a treat for the sore eyes after a long time. We stood there soaking in the views and the weather as much as we could. We refueled ourselves with our on-the-go coffee and got back on the road. It was another few kilometers before we could reach Nelliyampathy town. Right after we crossed the Pothundi viewpoints, we were once again on the ascending roads. And suddenly, there was silence all around, with the exception of the faint music playing on the cabbie’s phone and the hushing sound of the monsoon breeze blowing across the valleys.

The roads on this part of the stretch were really challenging. That’s why one should get a highly-rated car on rent in Trivandrum which can drive in this kind of weather.  The thick foliage of trees kept the daylight (or whatever was there) away and it had just started drizzling reducing our visibility to barely 10 feet. Thankfully, in a few miles the mist cleared and so did the rain.

I observed that there were at least 10 (if not less) hairpin bends on this route, especially between Kochi and Pothundi. But nothing could downplay the stunning panorama that the environment presented us with.

Finally, we reached Nelliyampathy- a scenic little settlement on the hills surrounded by tea plantations, orange orchards, and lemons and passion fruit trees growing in the wild. By the time we reached, it was nearly evening and the rain caught back on. We arranged for a stay at the Woodsville Resort in Kailas Plantations. There was no other property in immediate surroundings, making it serene and peaceful, surrounded only by tea estates, as far as the eyes could see. It was the most breathtaking view I have had in a long time. My husband immediately spotted an ATV parked on the property, which he rented to explore the neighborhood.

Our next day exploration included two main places- Seetharkundu Waterfalls and Viewpoint and Kesavanpura. Both the points were at a drive of about 15 to 20 minutes from the estate. It was a relatively clearer day with mild sunshine clearing out the mist and turning it into a warmer day. The waterfalls were apparently the most gorgeous part of Nelliyampathy. The viewpoint required walking uphill for about a kilometer or two. It was tiring but once we reached the top, it felt totally worthwhile. After all, it’s not every day that I get to stand at 5000 feet high hill with rocky slopes on one side and the rolling hills on the other!

We spent almost the entire day there, enjoying the silence, the open sky, and the magnificent views, and living in the moment.