MI vs CSK: Highlight from the best IPL Finals of All times

The final match of the 12th season of the Indian Premier League took place on 12th May 2019. Mumbai Indians faced their all-time nemesis Chennai Super Kings in the finals at Rajiv Gandhi International Stadium, Hyderabad. The challengers Mumbai Indians won the toss, and they choose to bat first, this did raise some eyebrows in the field. But the longtime followers of Mumbai Indians believed in their decision and knew that MI is all set to take down the Chennai Super Kings. Read on to know the verdict of the match.

This year’s IPL was better than the other ones, especially for me. Ever since I started playing fantasy cricket, my cricket knowledge has improved a lot, and this applies to IPL as well. Where the other IPL cricket games offer the same things, fantasy cricket has a more wholesome experience to it. Playing fantasy IPL cricket game not just involves strategising but also aids your decision-making abilities. Just like for the previous IPL matches, I used all my cricket knowledge and skills and formed my dream team on Dream11 for the finals. Even you can play IPL cricket game here. 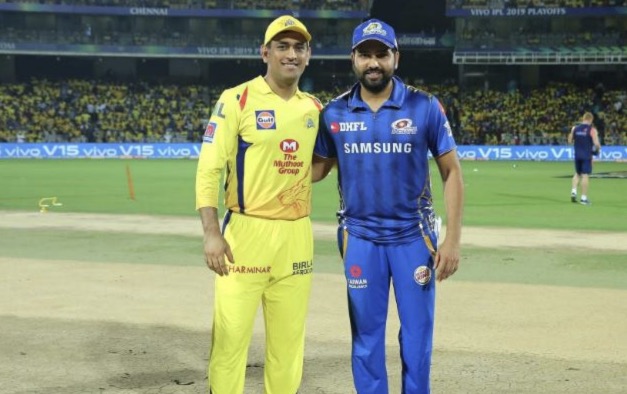 Mumbai Indians’ batting in this match was not as impressive as their other matches, this mostly has to do with the CSK’s aggressive fielding. In fact, CSK had a sensational start by dismissing Parthiv Patel at just one run in the very first over. Rohit Sharma followed it with two sixes and a four in the second over to show MI’s dominance in the match. Rohit and Simmons’ pair did exceptionally well until Deepak Chahar dismissed Rohit and put the Mumbai Indians in the backfoot. Though the batting went a little way after that, Mumbai Indians still managed to pull in a decent 149 for 8 wickets.

Owing to CSK’s history in chasing the target, fans expected CSK to reach the target easily. But little did they know that the Boys in Blue were all set to take them down with their impeccable fielding. Though the yellow team had a steady start and managed to pull in 53 overs for just one wicket, Mumbai Indians gave all they got and dismissed Suresh Raina and Rayudu sending Chennai Super Kings under shellshock. But CSK fans really lost their hope when Dhoni was run-out in the 13th over. Mumbai not only got the best of Dhoni but also of the team and from there on Team Chennai was struggling to keep up with their performance. Eventually, Mumbai defeated Chennai by 1 run and lifted the title for the fourth time, also becoming the first team to do so. Though MI won this IPL Cricket Game, I was really impressed by the CSK’s performance.

Loosing by just 1 run, CSK proved that they are one team that would always give their best, proving everyone why they have such a mass following. This also made me realise that I need to be more careful while playing the next fantasy IPL cricket game. What did you think about the match? Which was your favourite moment from the match? Do you play fantasy IPL cricket games? Let me know in the comment section.