Indian Overseas Bank (IOB) and Central Bank of India today informed the exchanges that there has been no information regarding the reported privatization of the Banks. The proposed legislation is among the list of 26 bills that are scheduled to be introduced during the session. 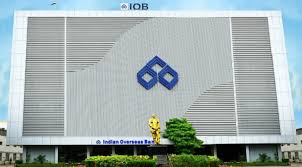 The purpose of the Bill is to privatize two public sector banks, amendments need to be made in Banking Companies (Acquisition and Transfer of Undertakings) Acts, 1970 and 1980 as well as incidental amendments are required to be made in the Banking Regulation Act, 1949.On Wednesday, Indian Overseas Bank shares surged 13.64% to close at ₹22.50 on NSE, while Central Bank of India shares rose 9.98% on reports that the Central government is planning to privatize these banks.

“As regards the captioned media news, we do not have any information on privatization of the Bank as of date. There is no such negotiation/event taking place at the Bank,” the Central Bank of India said in a statement.

“We inform that we have not received any communication regarding privatization of Bank from DFS/ Government of India and we are unaware of the reasons for the sudden movement in stock price. It may be due to speculation,” Indian Overseas Bank said.

Finance Minister Nirmala Sitharaman while presenting the Budget for 2021-22 had announced the privatization of public sector banks (PSBs) as part of a disinvestment drive to garner ₹1.75 lakh crore.

“Other than IDBI Bank, we propose to take up the privatization of two Public Sector Banks and one General Insurance company in the year 2021-22,” she had said.